A few weeks back, I was talking to a work colleague of mine who works in the communications team of another department in my organization. They had recently sent out an employee survey to about 350 staff in their department. And, with 2 days to go for the deadline, only 3% of them had completed the survey.

We sat and discussed reasons as to why the response might have been so low. This article is a summary of the discussions we had, which does answer the question to a good extent.

But before we get to that.

Why employee surveys are important

Almost every organization conducts employee surveys one way or the other. While some do it through typical long-form surveys, some focus more on a one-to-one approach.

No matter what the method, it is important to conduct employee surveys. Here are a few reasons:

In case you still aren’t sold on the need for employee engagement surveys, here are a few statistics from Forbes. 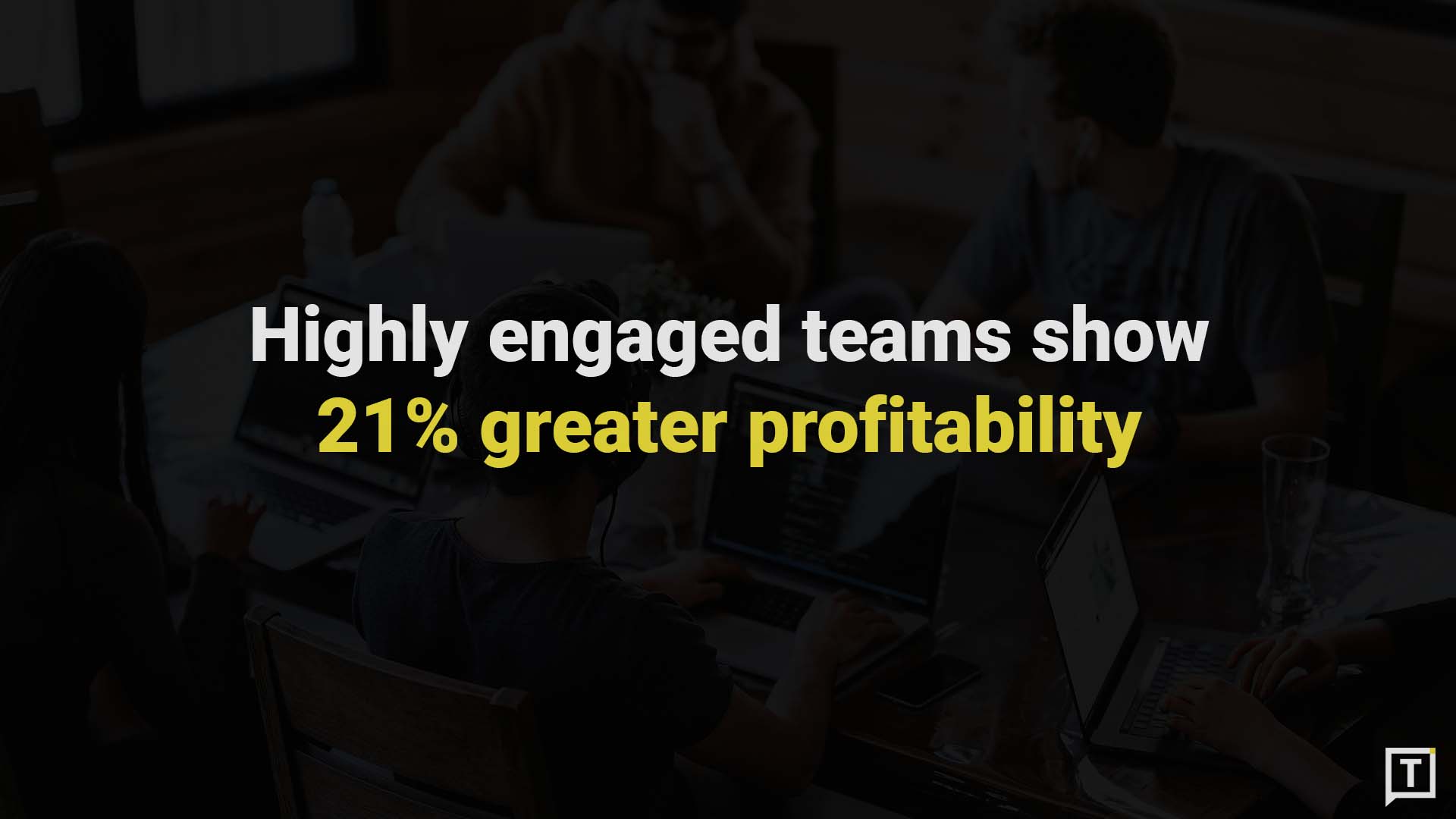 So, now that we have all these reasons in hand to understand why employee surveys are important, let’s get into why they might get low responses.

If the line managers haven’t communicated with their team the importance of completing these surveys, that’s a concern.

Employees tend to feel that these surveys are of value when they are directly told by their managers about it. Makes them understand the importance of it further.

On the other hand, if the line managers themselves haven’t been communicated the need to respond to such surveys, then the whole communication strategy needs to be re-thought.

You see, line managers usually think “how is this going to benefit my team”. And senior management usually thinks “how does this link to the strategic growth of the organization”.

If both are unable to answer these questions, then there’s something wrong with the foundational reason behind the surveys.

And that can lead to a low response for your surveys.

2. Too many employee surveys

Do you have a schedule as to how many times a year your employees receive surveys? If you don’t, make sure you keep a count.

The Health & Wellness department might send out a survey regarding mental health.

The very next day an employee might receive a survey from the HR department asking about their feedback on the incentives the company provides.

A week later the office of the CEO might send out a survey asking employees their vision about the growth of the company.

From the employee’s point of view, these are 3 different surveys. They aren’t bothered about the reasoning behind each.

Hence, as an organization, have a strategy (and schedule) around how many surveys are sent out to employees. Too many and the employees might just think they aren’t of value.

3. Too long a survey

I have seen this happen a lot.

Not just in companies, even in educational institutions. 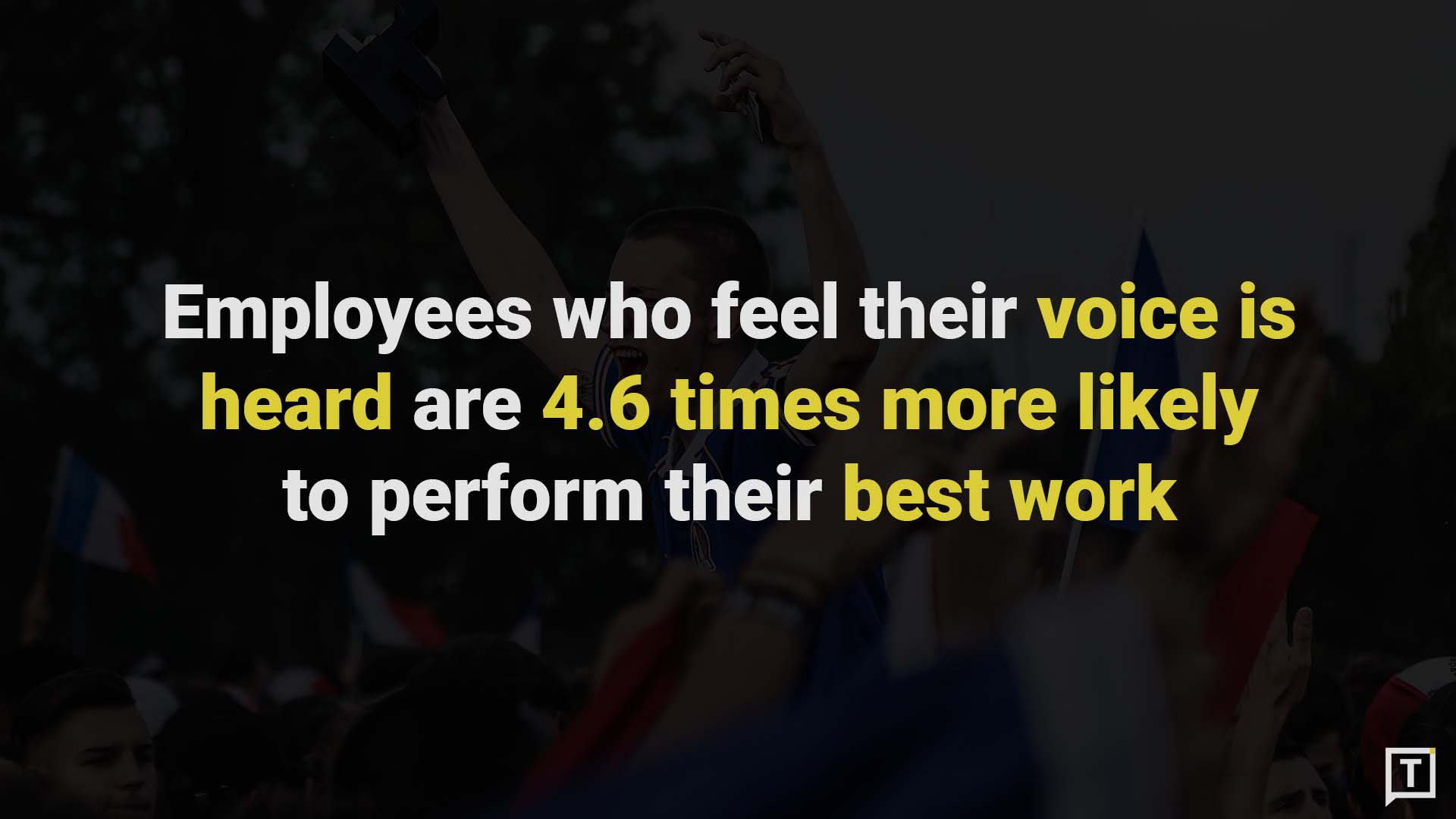 Employees who feel their voice is heard are 4.6 times more likely to feel empowered to perform their best work. Click To Tweet

While I was doing my postgraduate studies, I would receive student satisfaction surveys which have taken me up to 30 minutes to complete.

Though I was inclined to leave them midway many times, I still completed them because I always gave detailed feedback about the survey in the end.

Keep your surveys short and crisp. If you intend to ask two completely different things, then don’t combine them in a single survey.

Let the essence of one survey be around one factor.

Create your employee survey questions thoughtfully. So that you can get the maximum information/data with the least effort from their end. Click To Tweet

4. Participants unable to understand the value or purpose

If the participants are unable to understand the value or the purpose behind the survey they are asked to fill, they will almost never fill it up.

Before you send out the surveys, make sure you have a strong communication plan in place around the surveys.

The need for the survey; what the data would be used for; who would be responsible for making the data-based decisions etc, should be communicated well.

5. The survey isn’t relevant to all your participants

Before you send out the survey to ‘all’ your employees, take a moment. Is the survey relevant to everyone you are sending it to?

Are you sending a survey about ‘future goals of the company’ to a bunch of interns who have been in for just 2 weeks? And would probably leave a week later.

Are you sending a survey to the members of the IT team, asking for feedback about managers in the finance department?

If you know it is the end of the financial year and everyone is busy meeting their deadlines, would it make sense to send out a 10-minute long survey?

Or what if you send a survey out and ask people to respond to it in 48 hours. Do you think you will get a lot of responses?

Ensure that you time the sending out of employee surveys correctly. And that you also provide ample timeframe for them to complete it.

A common occurrence that happens in many organizations is that staff surveys are often sent out, but limited or no actions are taken based on the responses received.

Or, these actions aren’t communicated effectively with the employees.

This leads to distrust within the employees, which can drastically affect the response rate for your future surveys. 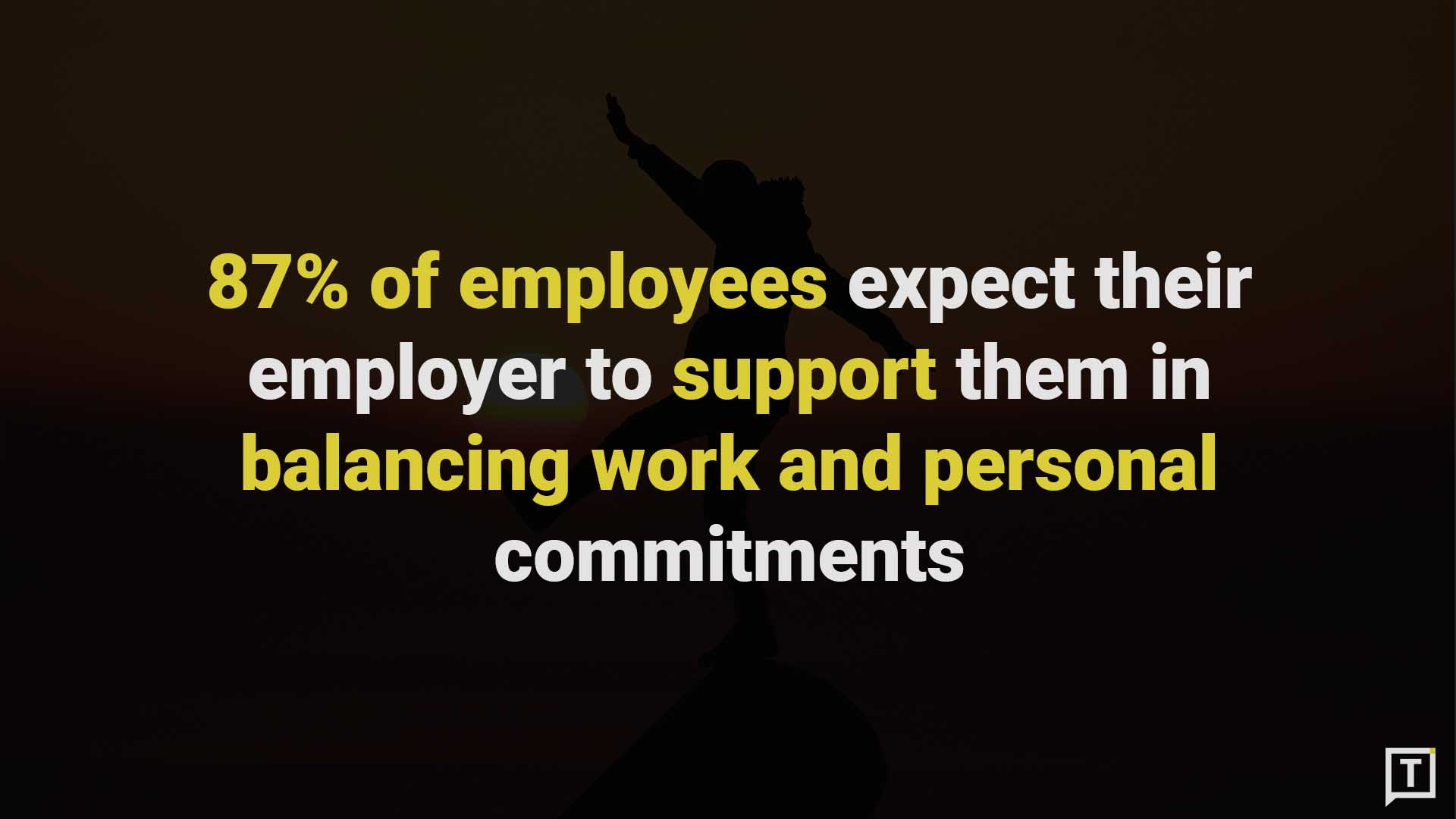 87% of employees expect their employer to support them in balancing work and personal commitments. Click To Tweet

Can a visually challenged person respond to the survey easily? Is the survey page screen-reader friendly?

Have you used colours to mark responses, which might not be legible for someone who is colour blind?

Or have you used white text on a yellow background which just makes it illegible for almost everyone?

Keep accessibility factors in mind while designing your surveys and chances are your response rates might also go up.

Probably, the best way to get honest responses in a survey is to keep it anonymous.

If employees feel that their honesty in responding to the survey might lead to a backlash from a manager or the upper management, then the chances are slim that they would respond honestly. Or even respond at all.

Depending on the nature of the survey, whenever possible, keep surveys anonymous. And when you do, make sure you have it conveyed properly to your employees. 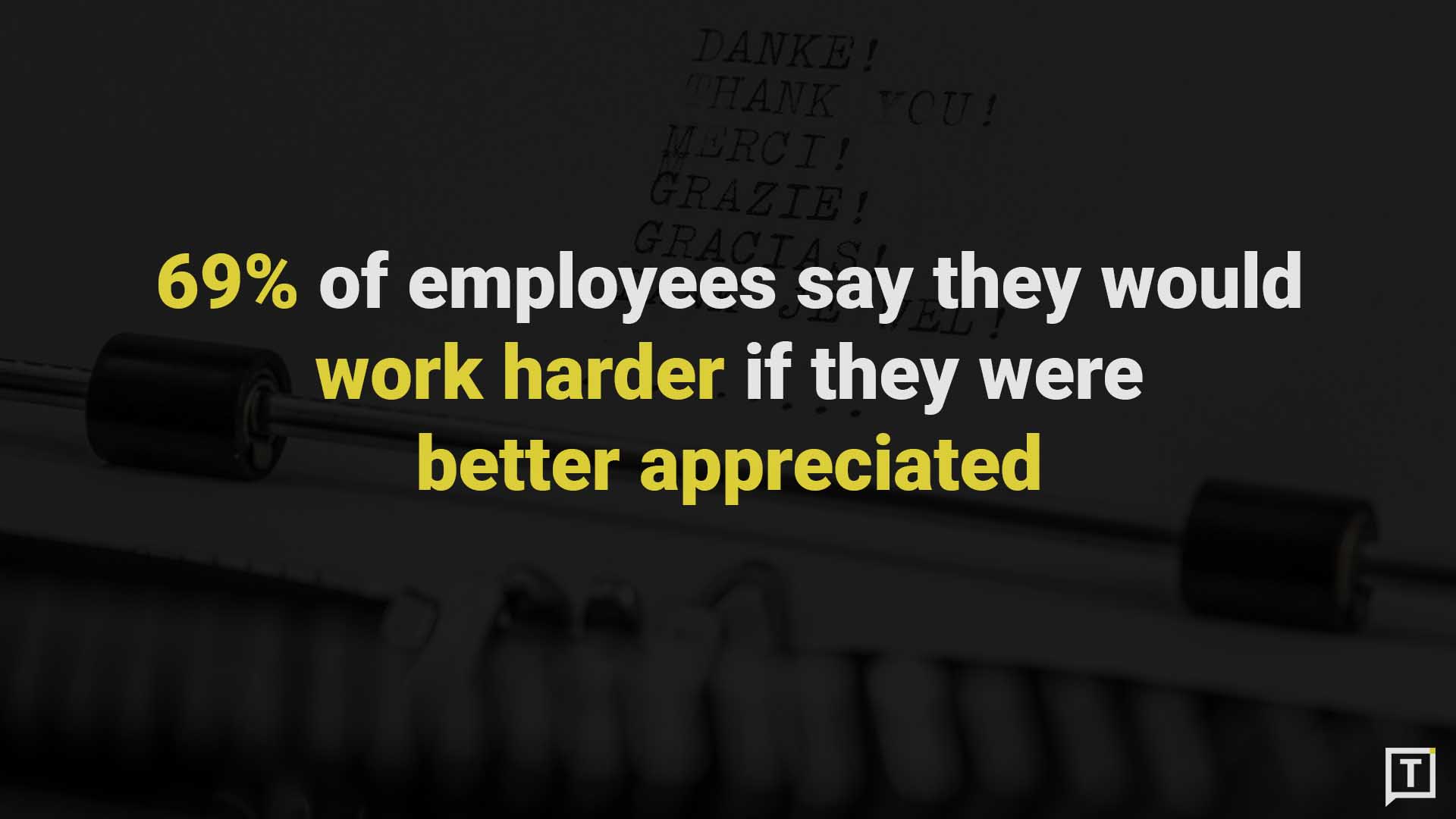 Those are my thoughts about why your employee surveys might be getting low responses.

Do you have any additional thoughts?

Want to join our small but awesome community? Just drop in your email below and I’ll buzz you in. 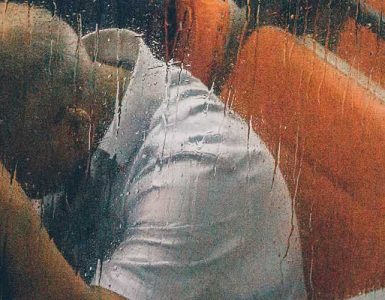 Unproductive Employee During the Pandemic? Do You Know Why They Might Be So?

The pandemic has affected all of us. Some, much more than the others. And depending on which part of the world you are from, you and your colleagues might still be working from home. Let’s all agree that working from home (WFH) hasn’t... 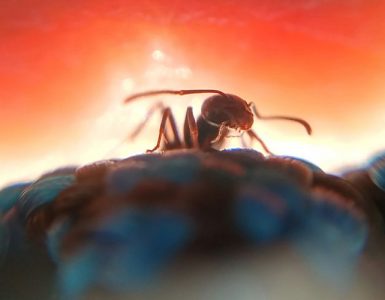 10 Tips To Handle A Micromanaging Boss (From An Ex-Micromanager)

By far, one of the most difficult things in the workplace is to handle a micromanaging boss. They suck the soul out of you and make work more tedious than it actually should be. If you have never had such a boss, you are one of the lucky ones. If...